Dakota and I met in 2018 when I visited Portland for the first time. I was doing an engagement session for my friend Alivia, and Dakota was tagging along with her. We instantly became friends. We shared that we were both looking for roommates and were interested in moving to Portland. I threw this crazy idea at her that we should live together and she agreed to it!

Fast forward a few months later, and now we are living together in our dream apartment. We have shared so many beautiful memories, and I wouldn’t trade them for the world. Dakota and her family made moving so comfortable and welcoming. Dakota just graduated from college and was interested in taking senior photos that were anything but generic. We started planning a unique shoot at Alvord Desert in Eastern Oregon. It was seven hours away, so we made a whole trip out of it! We hopped in Dakota’s Prius and made the most of this time. We ended up in the middle of nowhere with no houses or service (the best).

All there was were salt flats and tumbleweeds – just like the ones you see in Spongebob. We took some incredible photos. Chas from Wildflower Portland gave us a bouquet, and we brought a white sheet for a backdrop. This shoot was indeed a dream, and I am so grateful to have taken photos for such a generous friend and roommate.

After the shoot, we ate tons of Trader Joe’s snacks and watched the moon come up in the distance over the salt flats. It was so memorable and breathtaking. The moon was so big, and orange and tons of stars were out.

Later that night, we drove an hour north to a modular home and stayed there for the night. The next morning, we woke up and drove the last 6 hours to Portland before I flew back to Virginia, and she went to Seattle for Mother’s Day.

This was a memorable trip with Dakota, and I am honored to have captured her senior portraits in such an awesome location for such a large milestone in her life. 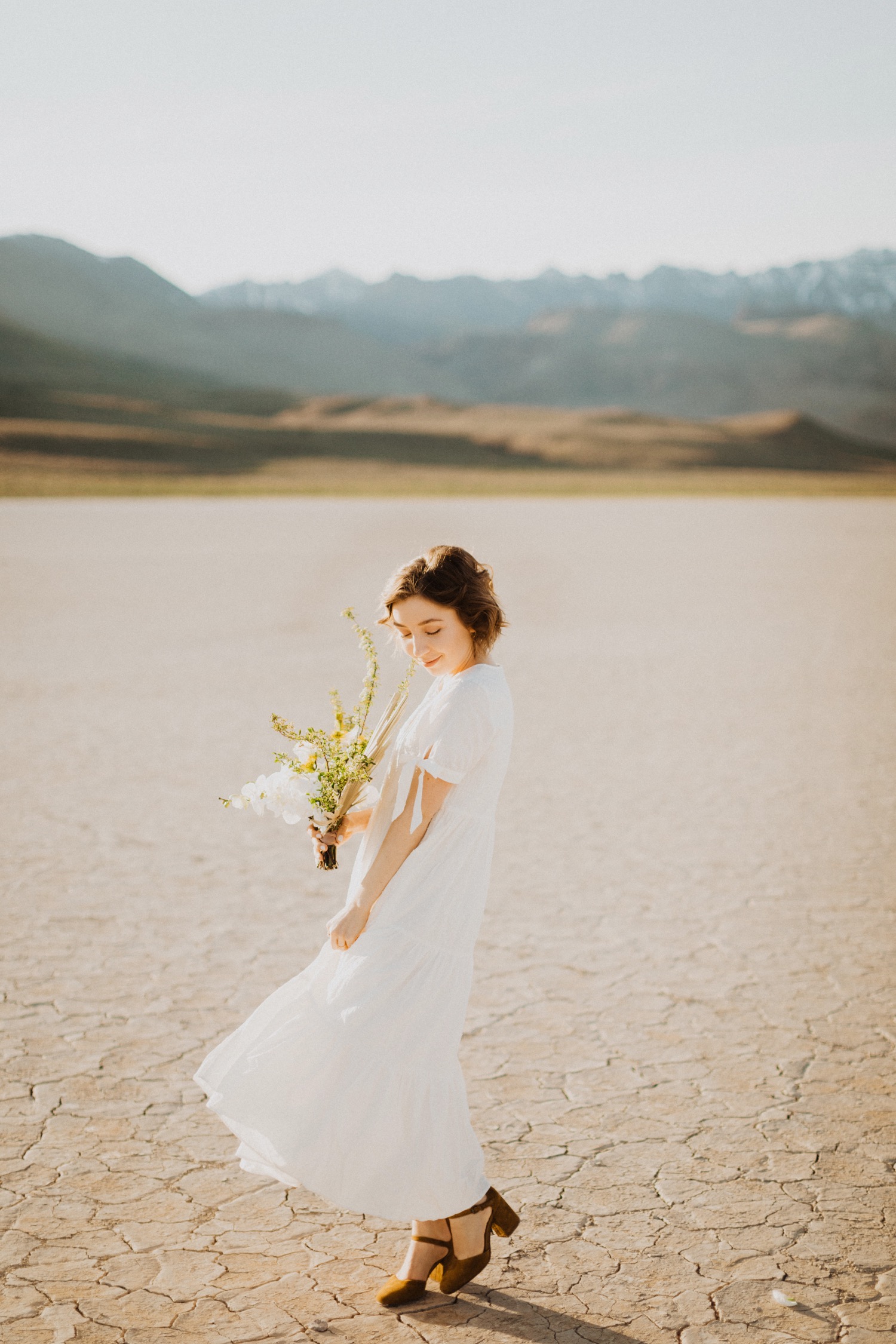 a few fall moments captured on film here in portla

i am seriously so excited to share this super 8mm

mirada and james spent the afternoon getting ready

it’s me, brady! i hope you all are doing so we

blue hour at cape kiwanda with madison and cody fo

slow mornings in a log cabin in the middle of leav

some film, polaroids and still from super 8 of hil

2021 BRADY BATES PHOTOGRAPHY
Back to Top